Are you going to do trekking in Nepal? Let’s help you with a snapshot overview of what’s likely the Top 5 Trekking in Nepal. At least, they are currently the most popular treks in Nepal, based on number of trekkers.

Every year Nepal attracts +200,000 trekkers. That also means that every year +200,000 people are faced with the hard choice of selecting which trekking destination to explore in Nepal. Let’s face it – this is not an easy choice.

How odd it may sound the decision of choosing your favorite trek might actually be easier made in your home country (likely with proper internet connection also…) than in the bustling trekking and tourist area, Thamel, where hundreds of trekking agencies inevitably will offer you different opinions as to which trek is the Top 5 Trekking in Nepal.

Worst case, some opinions offered by local trekking agencies might be more profit driven than anything else. Best case, you’ll receive good but likely different pieces of advice from various prudent trekking companies in Kathmandu. Because which trek is actually the Top 5 Trekking in Nepal?

While some may believe there’s an ultimate answer to that question it does literally come down to your own personal trekking preferences. Let us exemplify with a few relevant aspects of trekking which you need to consider, before being able to zoom in on THE best trek in Nepal, for you personally:

Below we’re listing the currently 12 most popular trekking destinations in Nepal taking into account the above mentioned trekking parameters, a 3-liner sales pitch, high and low-lights, and finally its Trekking. 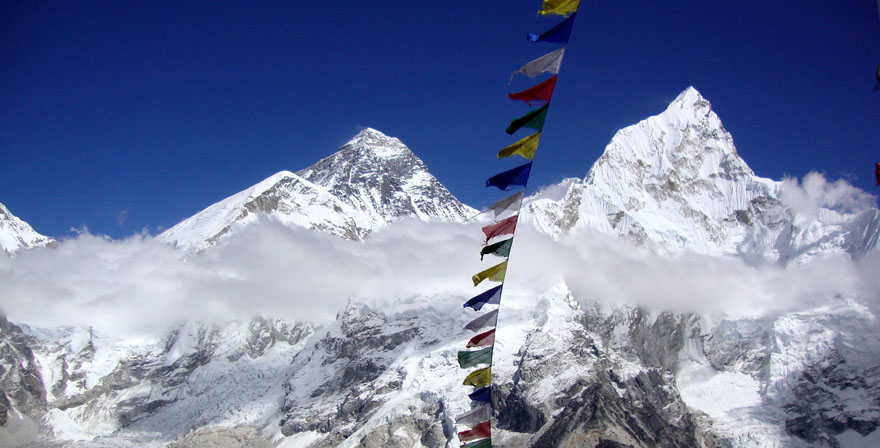 Everest Base Camp Trek lets you fight with the harshness of higher altitude and rocky paths to experience the ecstasy that lies in the sky dominating mountains swaddled beneath the white glittering snow. Make your way through the rhododendron and cedar forests to explore the serenity and tranquillity that lies in Khumbu region of Nepal. The view of mountains like Mt. Thamserku, Mt. Ama Dablam, Mt. Nuptse, Mt. Lhotse, Mt. Everest and Khumbu glacier is an absolute phenomenon. The spiritual mix of Tengboche monastery and the sunrise view from Kalapattar is the most charismatic attraction of Everest Base Camp Trek. 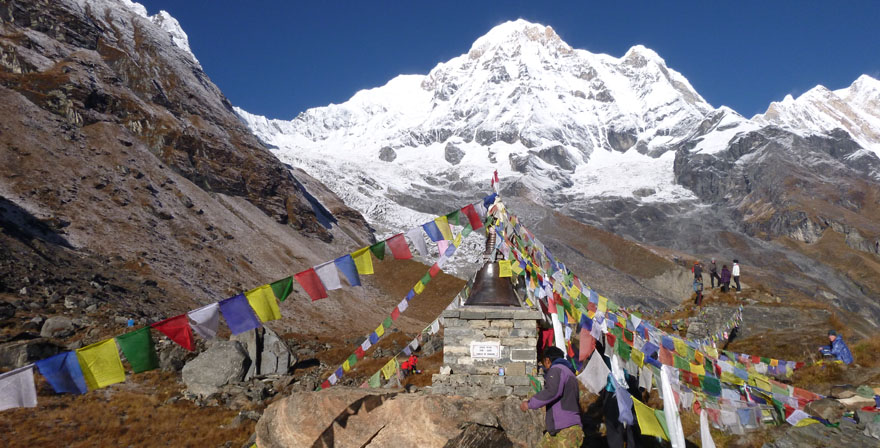 Annapurna Base Camp Trek is probably the most alluring trekking route of Nepal. Bharal Adventure is reliable trekking agency to take you for the best trekking holiday. Experience the ecstasy of traversing through Lapland of the tenth highest mountain in the world, Mt. Annapurna (8,091m) accompanied by diverse cultural traditions, delectable cuisines, lush rhododendron forests, terraced farmlands, mystifying hamlets, serene lakes and tranquil mountains only with Annapurna Base Camp Trek offered to you by Bharal Adventure.

One of the most popular treks on earth, the expedition to Annapurna Base Camp (ABC) takes to you a majestic land filled with lush green and red forests, white mountain ranges, diverse Himalayan wildlife and ethnic culture and practices. The trek begins in Pokhara, known readily as ‘Lake City’ given the charisma of seven lakes nestled in this naturally prosperous city. The walking starts from the Nayapool after the 1.5 hrs drive from Pokhara. The Annapurna Base Camp Trek often considered as the worthwhile trekking in Nepal trail as it takes you to the Machhapuchre Base Camp as well. 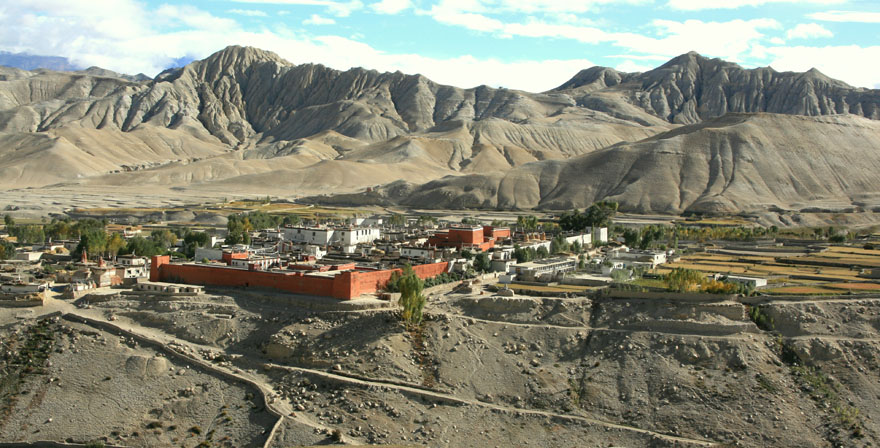 Seventeen days spectacular trek into the remote and ancient Trans-Himalayan salt trade route, Upper Mustang Trek is an opportunity that you would not want to miss. It is an excellent chance to discover and explore the ethnic culture of Trans-Himalayan area influenced highly by the Tibetan culture alongside exploring the secluded villages and settlements, ancient monasteries, caves and palaces of the Mustangi kings in Mustang region.

Upper Mustang Trek comprises of the high desert region of the Tibetan influence, Kali Gandaki, from the Tibetan border south to Kagbeni. The adventurous trek starts from world’s deepest gorge Kali Gandaki into world’s highest regions of Lo-Mangthang Valley passing through the almost tree-less barren landscape and steep rocky trail accompanied throughout with the views of the mystic mountains such as Nilgiri, Annapurna, Dhaulagiri among others. 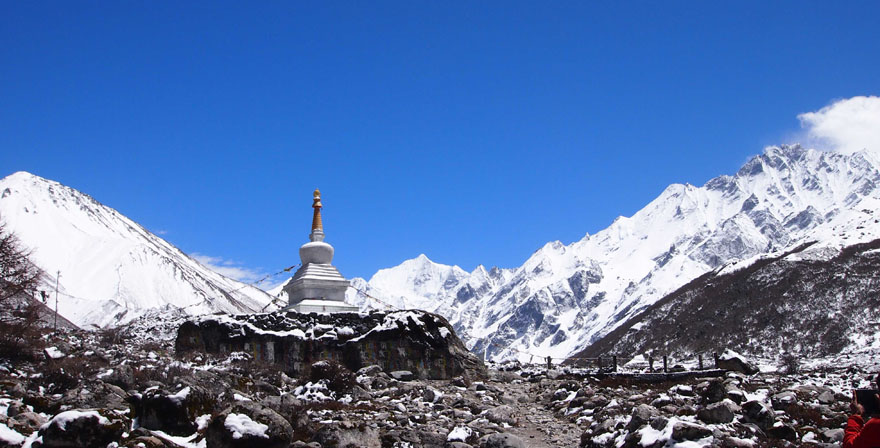 The Langtang Valley Trek offers you an excellent opportunity to explore and observe ethnic Tamang culture and tradition. Bharal Adventure takes you to the best place of the Langtang Region. The people of the Langtang Valley Village are uniting together for the betterment of the place completely washed away by the earthquake and glacier outbreak.
The people in the valley are descendants of the Tibetan origin which are why their cultural and religious practices resemble Tibetan culture, therefore, this trek also offers a tremendous prospect of exploring the Tibetan culture, the culture, and way of life of the Himalayan people. This ten-day expedition allows you to trek through the lush colorful rhododendron forests, bamboo forests, majestic waterfalls, mighty snow-capped Himalayas and beautiful hamlets and pastoral settlements as well as yak pastures. The trekking is the mystical experience of the Kyanjin Gompa the ultimate Tibetan family traditions. Langtang Valley Trek is the best trail package for the trekkers to witness the region in the best possible way. 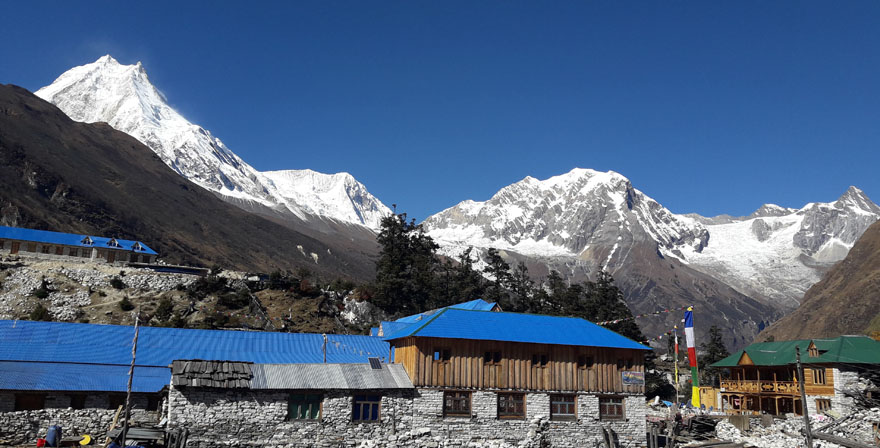 The journey of the Manaslu Circuit Trek starts after the bus drive from Kathmandu to Aarughat. The journey from the Dhadingbeshi of Dhading district to the Soti Khola in Gorkha district can be bumpy because of the hilly road. However, the thrill and excitement of seeing the hilly villages and forests along with rivers make your road trip enthralling. The proposed Budigandaki Hydro Power Project might even ignite the place more attracting lots of trekkers and tourists. Moreover, the trekking starts from the small town of Soti Khola towards Machhakhola on the first day of walking. The spectacular views of the waterfalls and the villages on the hills at both sides of the trail might be an amazing thing for the trekkers. The ever present Gandaki River makes your trip the friendship walk with the stream. The journey consists of the numerous crossing of the suspension bridges. The journey passes by the gorgeous villages of Jagat, Namrung, Deng, Samagaon and finally to Larke La Phedi. The hot natural water springs in Jagat might help you revitalize the muscles and soul of the tiring trekking body. Furthermore, the sight of the Mt. Manaslu (8156m) which is the world’s eighth tallest mountain could be an enthralling experience. The crossing of the Larke La Pass is the test of ultimate wilderness adventure in this trekking. If the pass is snow covered then it would present the feeling of mountaineering as well. Therefore, you should be in the closer distance with the guides of Bharal Adventure. After crossing the pass you will reach the Bimtang and eventually to Dharapani. The bus ride will take you to Besisahar of Lamjung eventually to Kathmandu. You can extend the trekking towards Annapurna Circuit Trekking as well.